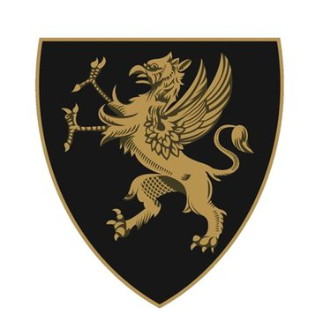 A discussion on diversity and social mobility in the legal profession followed by a drinks reception.

This event is open both to members and non-members.

Members can book and pay online for most Inn events via the Gray’s Inn Online System (GIOS):

Non-members can register for a GIOS account to book events available to non-members.

Co-hosted by the former President of the Supreme Court Lord Neuberger and Pupil Barrister at 2 Hare Court Kawsar Zaman, the panel will share their own inspirational journeys to the law and/or the measures they have taken to champion issues of diversity and social mobility in the legal profession.


The Rt. Hon. The Lord Neuberger of Abbotsbury (Co-Host)
After reading chemistry at Oxford and then spending three years as an investment banker, David Neuberger was called to the Bar in 1975 and practised largely in property law, taking silk in 1987. He was appointed a High Court Judge, sitting in the Chancery Division in 1996, before becoming a Lord Justice of Appeal in 2004. In 2007, Lord Neuberger was promoted to be a Law Lord and became a peer. He was appointed Master of the Rolls in 2009. In 2012, he became the President of the United Kingdom Supreme Court, a position from which he retired in 2017. Lord Neuberger chaired an investigation for the Bar Council into widening access to the barrister profession in 2006-2007, and also served on the panel on fair access to the professions led by Alan Milburn in 2008-2009.He now practises as an arbitrator from One Essex Court in the Temple.


Kawsar Zaman (Co-Host)
A Pupil Barrister at 2 Hare Court and an Ann Goddard Scholar of Gray’s Inn, Kawsar is a transferring solicitor to the Bar from Clifford Chance LLP and Allen & Overy LLP where he specialised in Financial Services Regulatory Law. He grew up on a council estate in East London, attended a local comprehensive and was the first in his family to go to university. He graduated with a First-Class Honours degree in Law from the LSE in 2012, before reading for the BCL at Oxford (OCIS Scholar) and the LLM at Harvard Law School (Fulbright Scholar). Kawsar is currently a Social Mobility Ambassador for the Law Society of England & Wales, a Governor at Morpeth Secondary School in Bethnal Green and a Trustee of Toynbee Hall which is home to the oldest continuously surviving free legal advice centre in the world. In 2009, Kawsar was a Global Fellow of the Prime Minister.


The Hon. Mrs Justice Cheema-Grubb DBE.
Bobbie Cheema-Grubb is a Judge of the Queen’s Bench Division of the High Court of Justice of England and Wales.  She was born in Derby, was the first in her family to go to university and is the first Asian woman to serve as a Justice of the High Court. She was state-educated at City of Leeds School and, as an A-level student, she volunteered at the Harehills and Chapeltown Law Centre before studying Law at Kings College London. Called to the Bar in 1989, she practised in crime and public law, taking silk in 2013. She was appointed Junior Treasury Counsel at the Old Bailey in 2006 and then Senior Treasury Counsel: the third woman ever to achieve this elite rank.  In 2007, she became a Crown Court Recorder and served as a Tutor-Judge for the Judicial College. She is a Presiding Judge on the South Eastern Circuit.


Matthew Ryder QC
A founder member of Matrix Chambers, with particular expertise in the context of police powers, surveillance and information law, Matthew Ryder QC has led litigation at every level including in the UK Supreme Court and the European Court of Human Rights. He took silk in 2010 and also became a Recorder in the same year. He recently took time away from practice after being appointed Deputy Mayor of London for Social Integration, Social Mobility and Community Engagement between 2016-18. Matthew grew up in London, the son of a Jamaican mother and English father. He attended his local comprehensive before studying law at Cambridge University and Columbia University in New York. He has sat on a number of influential panels including the ‘Lammy Review’. He has been Chair of the UK’s Black Cultural Archive and a governor of the University of the Arts in London.


Sophie J. Lamb QC
Sophie J. Lamb QC is a Solicitor Advocate and a litigation partner in the London office of Latham & Watkins and Global Co-Chair of the firm’s International Arbitration Practice. She was appointed Queen’s Counsel in February 2018 and is a trusted advisor to boards of public companies, to investors, and to sovereign nations, routinely engaged in the most complex, high value and/or reputationally significant disputes of the moment. Her cases have featured in The Lawyer’s top 20 cases of the year and she is listed as one of the UK’s most influential and inspirational lawyers in their Hot 100 list for her successes. She grew up in West London, attending a local comprehensive school, and was the first in her family to go to university. Sophie was called to the Bar in 1998, having won a Prince of Wales scholarship from Gray’s Inn, and practiced at the commercial bar before transitioning to law firm life.
Dominic Griffiths
Dominic Griffiths is a Solicitor and a partner in Mayer Brown’s London office and co-heads the global Banking & Finance practice. He represents financial institutions and companies across a broad spectrum of domestic and international financing transactions. His practice is particularly focused on commercial and investment bank asset-based lending and structured finance. Dominic has in-depth experience with regard to European and Trans-Atlantic cross-border secured loans and trade receivables financings. He has also worked on a significant number of matters for Italian banks and corporates. Dominic has led the firm’s efforts in diversity and social mobility, recruiting from diverse backgrounds and opening the firm to local schools and universities. Dominic studied at Bristol University and The College of Law. He worked with law firms in London and Milan prior to joining Mayer Brown in 2005.